Ryne is currently funding on Indiegogo!

Our world is shaped by the Remnants—titans as tall as mountains and as long as valleys. We are the people who live in the patchwork world that they have created. We have built our homes and communities, we’ve learnt how to survive and travel in the strange landscapes that they’ve created. We adapt as their territories shift around us. We live in the shadows of indifferent gods.

Ryne is a wild fantasy ttrpg about communities holding things together, in a world that is falling apart.  Nothing here is stable, but it is filled with wonder—villages pulled by moss-furred beasts, rivers that run up mountains, trees that glow in the moonlight, and, always, a shambling colossus on the horizon.

The sorts of stories Ryne tells are often broad and varied, but they are joined by one common thread: you play to explore the relationship between humans and the titans.

You might be a guide leading people across a shifting glass desert, a priest learning new dances to offer as tribute to their titanic god or a curious ghost rediscovering their place in the world.

Ryne is a Powered by the Apocalypse game, designed to tell slow, thoughtful stories of strange and shifting fantasy. It focuses on emotion; both of your characters, and of the moods tied up in the landscape. It’s a highly-collaborative game, that invites you to build your own patchwork world together.

Download the free Playkit below to get started playing Ryne. It contains everything you need to play a short campaign. It includes:

Remnants, our word for the titans, are the broken husks of gods. Each of them is tied to a domain, a set of concepts that it represents. The environment around each is shaped in their image - the mist-sheathed swamps of a remnant of longing, the singing jungles of a remnant of jubilance.

Ryne contains a range of tools for imagining remnants and the landscapes that they create. Players imagine their own version of this patchwork world, filling it with fantastical wildlife, unbelievable geography and the indifferent titans that carve its horizons.

Ryne was originally developed for actual podcast, These Flimsy Rituals. You can hear an early version of the game being played during season one, Tiding.

Ryne is an in development game, by signing up to our playtest mailing list you can get updates about the game as well as access to the full, work-in-progress rules.

You can also join the These Flimsy Rituals Discord if you want to see what we're working on, ask questions about the game and find other people to play with.

If you run a session of the game, we'd love to hear how it went. You can let us know through our feedback form.

The game is simple and beautiful. Using elegant playbooks, you walk through a strange new world, dividing your attention between its wonders, your fellow journeyers, and your own emotions.

The Emotions and Strains sub-system is so innovative! A rare feature that won my game tinkering heart.

I have a mechanics question. I hope this page is the right place to post those.

In several instances a move says to 'hold 1', sometimes after removing or adding stitches. I've did a search through the Playkit but I've failed to find an explenation on how holding works in general. Is it possible to explain this briefly or point me to the page or section where I could learn to understand this?

This is the first PbtA-game I've read, so that might be why I'm having a little trouble.

Yeah, this is a good place to ask!

As you guessed, hold is a fairly standard PbtA thing that we forgot to clarify in the playkit (it'll definitely be in the final rules/future playkits).

Hold works the same as any other effect triggered by a move (for example pick 2), however the main difference is that hold doesn't have to be spend immediately.

For example, the read a person move lets you hold 1 or 3, which you can spend to ask questions from a list. You could spend all of that hold immediately to ask those questions, or spend them as you work your way through a conversation.

I tend to imagine it as having a stack of tokens that I can spend to trigger the effects of a move when it makes sense to.

An important note is that you can only spend hold on the move it was gained from (unless otherwise specified). And hold only applies to that particular use of the move - if I used read a person on Sparrow, I couldn't spend hold to read a different person (I'd have to roll again). It can be useful to note it down sometimes, if you're not using it all right away.

Hope this all makes sense!

Very clear, and so nice of you to take the time to explain!

I'm having a lot of fun working my way through the Playkit, imagining how a game of Ryne would look. And I'm listening to your game with Jeff Stormer right now.

That's lovely to hear! I hope you're enjoying it.

We're hoping to release some updates to the playkit soon (maybe just after the Indiegogo campaign). There are a few tweaks we've made since we released it that I'd love to share with people (bonds and wear are the big ones). 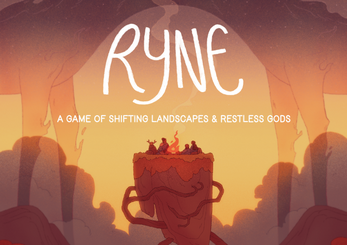 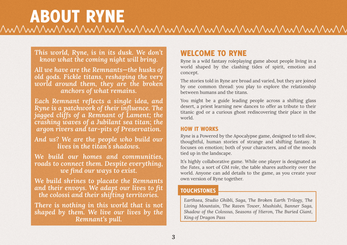 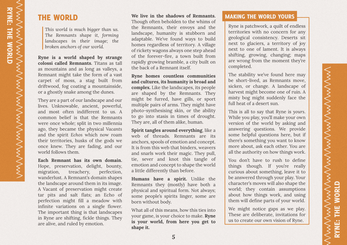 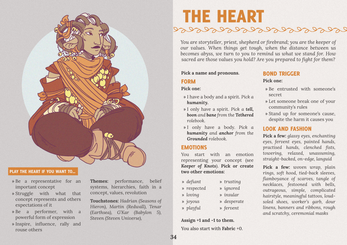 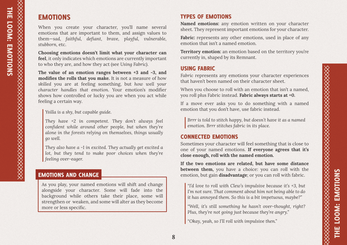 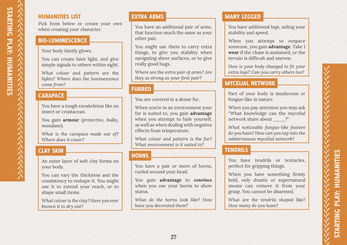